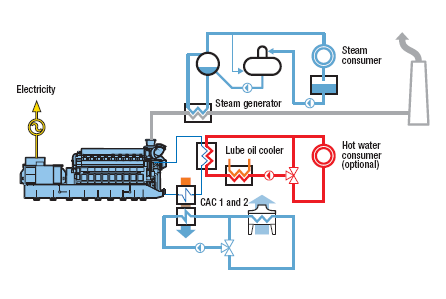 Several types of reciprocating engines are commercially available with wide proven operational experiences. In addition to CHP applications, diesel engines are widely used to provide island, standby or emergency power to habitants, hospitals, and commercial and industrial facilities for critical power requirements. Large modern diesel engines can attain electric efficiencies near 50% and operate on a variety of fuels including natural and landfill or bio- gas, diesel fuel, heavy fuel oil or crude oil.

The features that have made reciprocating engines a leading prime mover for CHP include:

Steam turbines are one of the most versatile and oldest prime mover technologies used to drive a generator or mechanical machinery. A steam turbine is captive to a separate heat source and does not directly convert a fuel source to electric energy.

Steam turbines require a source of high pressure steam that is produced in a boiler or heat recovery steam generator (HRSG). Boiler fuels can include fossil fuels such as coal, oil and natural gas or renewable fuels like wood or municipal waste. 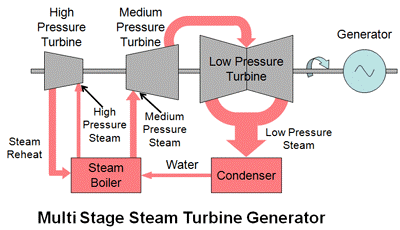 Steam turbines used for CHP can be classified into two main types: 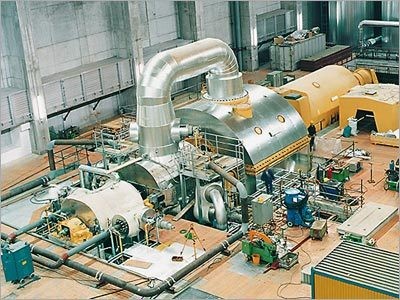 Over the last three decades, the gas turbine has seen tremendous development and market expansion. Gas turbines have been long used by utilities for peaking capacity, however, with changes in the power industry and increased efficiency, the gas turbine is now being used for base load power. Much of this growth can be accredited to large (>50 MW) combined cycle plants that exhibit low capital cost and high thermal efficiency. Manufacturers are offering new and larger capacity machines that operate at higher efficiencies. 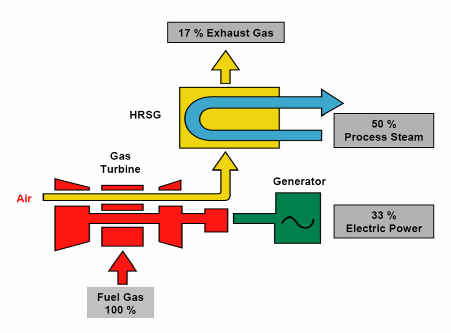 Industrial or frame gas turbines are available between 1 MW to 350 MW. They are more rugged, can operate longer between overhauls, and are more suited for continuous base load operation. However, they are less efficient and much heavier than the aero-derivative. Industrial gas turbines are approaching simple cycle efficiencies of approximately 40%.

Gas turbines for CHP can be in either a simple cycle or a combined cycle configuration. Simple cycle applications are most prevalent in smaller installations typically less than 25 MW. Waste heat is recovered in a HRSG to generate high or low pressure steam or hot water. The thermal product can be used directly or converted to chilled water with single or double effect absorption chillers. 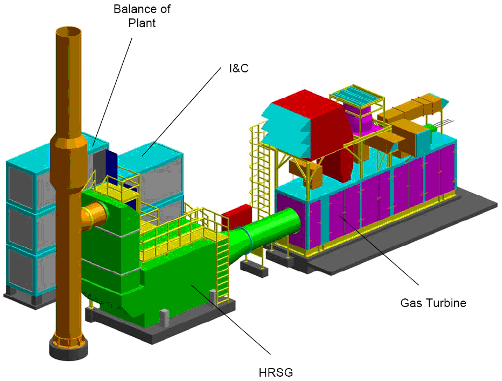 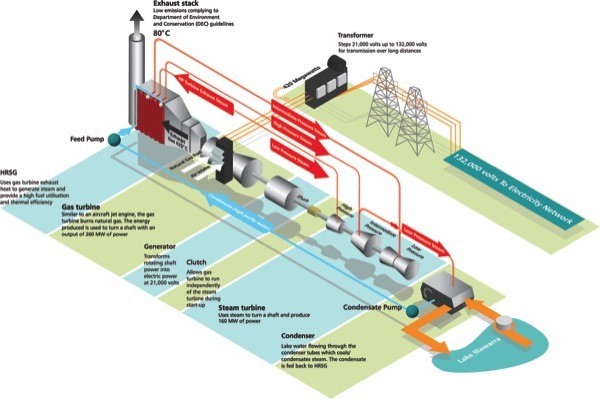 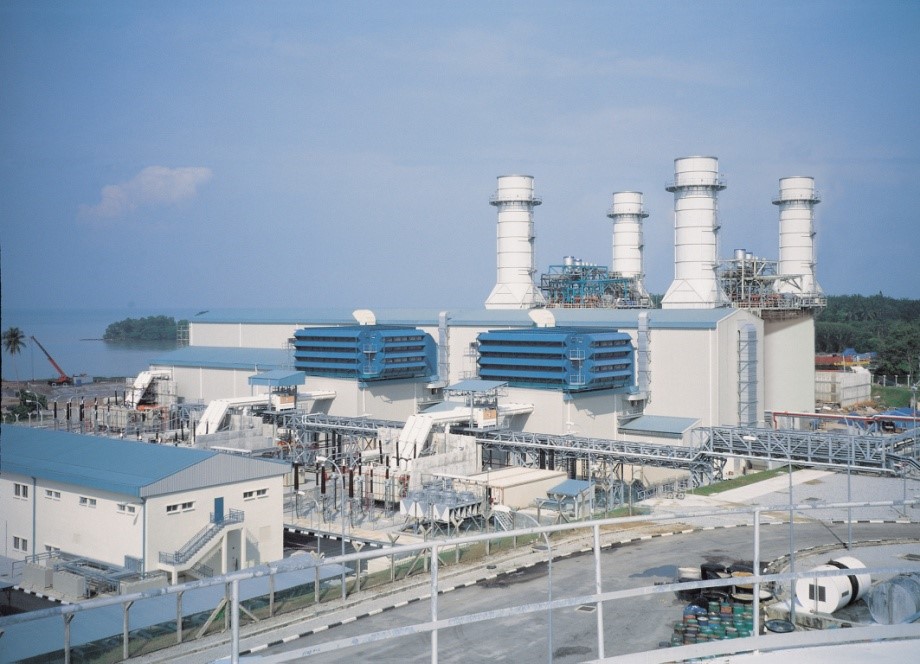